Really, I don't know how it's already September. If it weren't for my favorite season of the year beginning in September (which will included cooler weather), I'd be complaining about how fast August went by. But I'm so looking forward to fall approaching, I can't be mad.

August was a pretty dismal. I was depressed a lot, for a variety of reasons that included the hot weather, and I failed at accomplishing much of anything. But it is what it is…

Reading wise, I only finished three books. Two really amazing reads and one just so-so. I've had such a bad string of so-so books this year. I guess it had to happen sometime, but I have to admit it kills my desire to read. Anyway, books read: 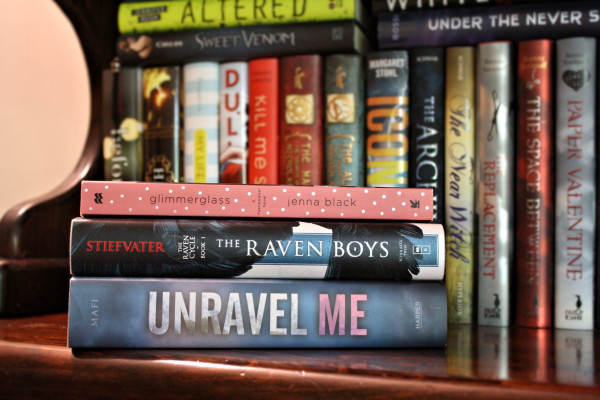 *Titles are clickable and take you to my review on GoodReads*

As far as writing is concerned, it was super hard this month. I had a good start to the month and then wrote nothing else worth keeping again until yesterday. I faced a huge bought of writer's doubt for a few weeks, in which I hated everything I've written and considered deleting it all completely. In the end I decided that my problem is really with the prologue and first two chapters (I think they could be merged together and reduced to just one opening chapter) and now I'm resisting the urge to start rewriting and just finish the darn draft first. Anyway, my final word count for August was only 2,190 words. I'm really praying the upcoming cooler weather helps bring back those 5K+ months I had going for me last winter.

Anyway, that's all I've got to report. Hope you had a more fulfilling August than me.