It seems strange to have enough to say about photography this year to give it its own post. I certainly didn’t start 2014 with the intention of becoming a real photographer, but that’s sort of what happened. I’m not complaining of course, but it IS strange that it just happened without actually trying.

Apparently, I did 16 actual photoshoots/events this year. Maybe that doesn’t sound like a lot because people who do this for a living probably have multiple shoots booked every weekend all year long, but for someone who works full time (during a year that required more overtime than ever before) it feels like a lot to me.  Especially since the bulk of those shoots took place in just the last three months.

Sadly, right at the height of a photographer’s busy season, my ancient Rebel XS lost its ability to focus internally. I thought maybe it was just a lens issue because I could get a different lens to work a little more consistently, but eventually even that didn’t work. I’d be sitting there, clicking away, and the camera would just seize on me, refusing to even try to take a picture. According to everything I read online, death was near. So I was faced with a tough decision: buy an equivalent camera around 800 bucks or upgrade into the enthusiast level for 1400 bucks. It seemed silly to stay in the beginner levels of camera’s since I’m definitely not a beginner anymore. And I’m also definitely not a professional so I wasn’t even tempted by the even pricier models, but enthusiast did sound like a way to describe myself and Canon’s these days have far more versatility than they did 7 years ago. I’ve hardly even played with this new camera yet and already its features blow me away. 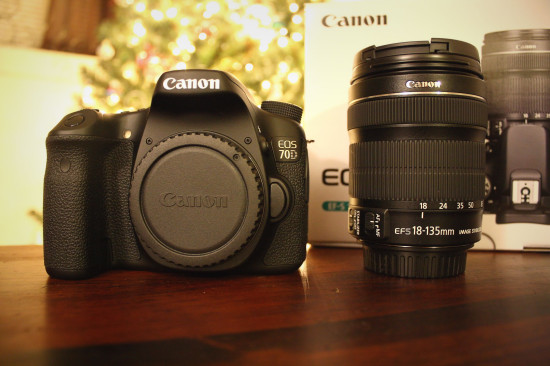 Anyway, I took the plunge and treated myself to a Canon 70D at the start of December with a 18-135mm lens since my other two lens’ will still work with this new model. With the warranty, it’s the most expensive thing outside of my truck that I’ve ever bought myself. I still feel crazy over it. But, if 2015 ends up being as photo-centered as 2014 suddenly became, I’m hoping it will be worth it.

People are always asking me for prices now and schedules far in advance. I suppose I’ll work on updating the photography section of this site a little more often and add a calendar and pricing list for anyone interested. In the meantime, here’s a few of my favorite pictures from all the shoots I did in 2014!