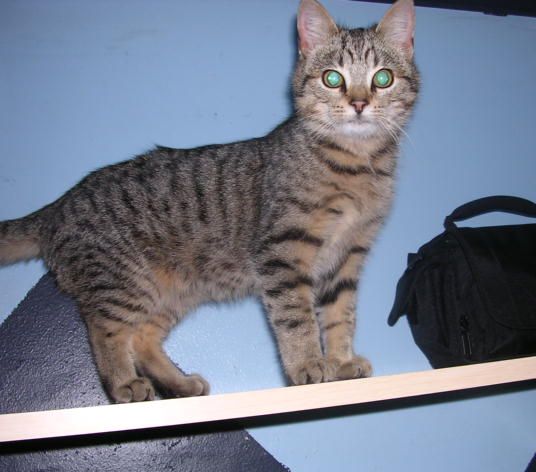 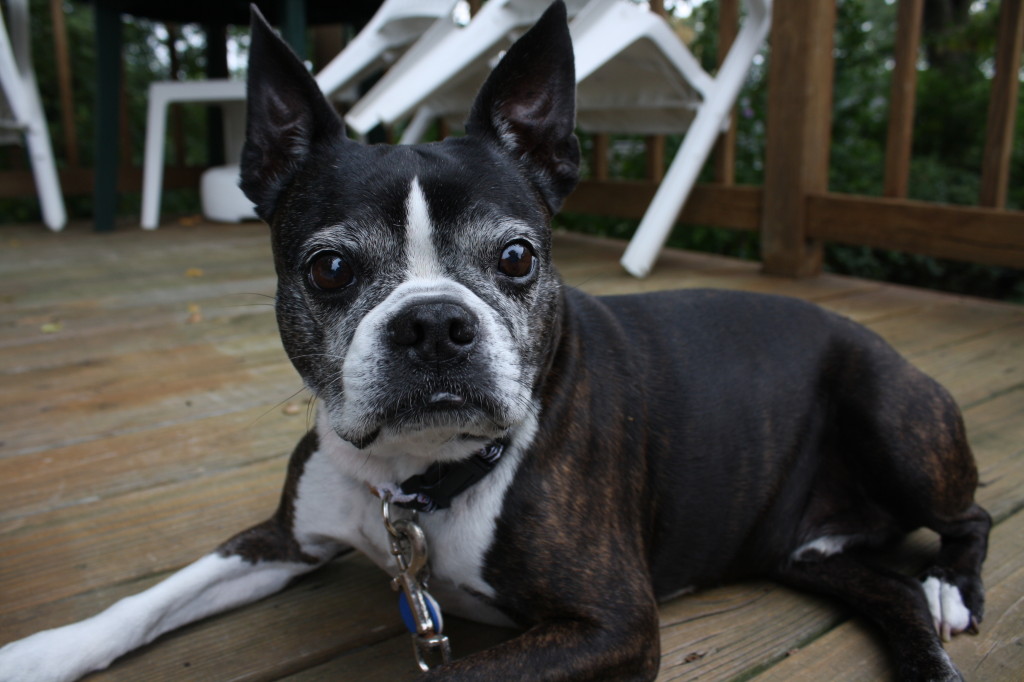 About 7 years ago, my mom rescued this Boston Terrier from a life of hell, without consulting my father or taking her other Boston, Tini, into consideration. She just couldn’t leave him to that torture.

He came with the name Boo Boo, but was quickly nicknamed “Devil Dog” by the family because he was hard to love. He peed on everything, he ran away every chance he got, and he barked relentlessly. He would have been difficult to place up for adoption because most people wouldn’t have the patience my mom had for him.

But he was a good addition to the family. The other Boston, Tini, had previously been a recluse, riddled with awful skin conditions from anxiety, but having a brother brought her out of her shell. She became more sociable and playful and overall healthier thanks to Boo Boo. And Boo Boo was devoted to my mother like no other dog had ever been in our family. Such a lover and cuddler when he wasn’t doing all those annoying things.

About a month ago, Mom found out Boo Boo had lung cancer and she’s been trying to accept the fact that he’d be leaving this world soon, but it’s been hard because with pain management, he seemed like his old self. This week he’d taken a turn for the worst and yesterday my mom had to put Boo Boo down.

I keep telling her that she should take comfort in knowing that Boo Boo wouldn’t have lasted this long if she hadn’t rescued him. That he died a happy dog thanks to the life she gave him, but there’s nothing anyone can really say to ease the pain of losing a dog. I know because I’ve lost mine before and it’s like losing a best friend. I’m sad not just for my mom (and dad who ended up loving Devil Dog a heck of a lot more than anyone could have predicted), but also Tini who is losing her brother.

RIP, Devil Dog. You will be missed. 🙁