Usually I break my music review into two posts because there’s so much to say, but sadly this year it seems like all the people I found great music from in the past few years stopped talking about the music they loved so much, leaving me to find new music on my own (and I sort of didn’t). I didn’t necessarily need to this year, though because there were so many great bands I already loved releasing new content!

Of the new bands I did manage to discover on my own this year, I The Mighty easily wins best band of the year. In my top 20 most played songs of the year, I The Mighty owns 6 of them. They’re a band I listened to a ton while writing Dreamsters and a band I don’t see myself growing bored of anytime soon. If you somehow missed all the posts I made dedicated to them this year, now’s your opportunity to hear what they’re all about. Check them out! 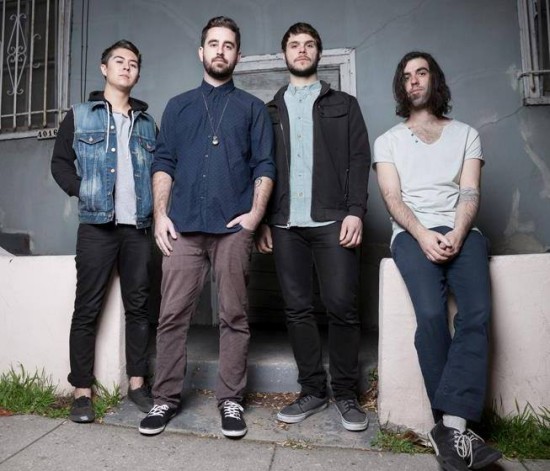 And now, some of these tracks might be predictable if you’ve followed Music Friday at all, but here are my top ten most played tracks of 2013! (Titles are clickable)

I’m always up for music recommendations so what were you listening to in 2013?

Oh, June. It wasn't good for much, but musically it was on fire (much like the weather). I've been trying to keep these posts under 5 videos a month, with links to the rest and mostly I've stuck to 3, but I just can't do that this month. There is just too much you need to hear. Sorry, not sorry.

I The Mighty – "Four Letter Words"

You probably already know how much I've been looking forward to the new I The Mighty album because I've basically been listening to them non-stop for the past two months now. On release day it was almost like I was daring them to let me down – sure that their streak of perfect music couldn't possibly be an all-the-time thing. But, man, they so did NOT let me down. It is rare for me to love every song a band puts out, so rare that I can count the bands who qualify in less than ten fingers, but I The Mighty has quickly butted it's way into this "favorites" list. Bravo, boys. If you haven't checked out Satori yet, do yourself a favor and get on that. Seriously. (You can stream the whole album to preview HERE.)

This was another album I was looking forward to releasing in June and it was so, so soothing at just the right times. If you're feeling angsty and want to settle down, I suggest giving City and Colour a shot. It's the kind of music you just chill out too and suddenly you've forgotten why you were angsty to begin with.

It's not that I wasn't a fan of Sleeping with Sirens already, because I was, but I admit I wasn't exactly looking forward to their latest album – heck I didn't even know it was coming out until they released the first single and I wasn't much of a fan of that first track. But then right when the album dropped they released a second single that I just had to have and I found that the album had a lot more of that sound than the first single's sound. I find it a bit funny that I was in no hurry to get this album and in the end I think I liked it better than the previous one. Maybe it's a silly comparison, but I get a lot of 80's hairband feels from this album and it makes me a bit nostalgic for my youth.

You might remember me posting about letlive. in my yearly music reviews last December, about how I wasn't prepared to fall in-love with them the way I did, but it happened. So imagine my delight over them releasing not only a new single this month, but also streaming the entire new album slated to come out in July. I've tried really hard to stay away from that stream because I don't want it to kill the excitement factor of release day, but there are just some songs like this one that are irresistible. You can bet I'll be posting about letlive. again next month. You should just go ahead and get to know them now.

Arctic Monkeys – "Do You Wanna Know?"

A month or two ago Arctic Monkeys announced they were working on a new album to be released this year. Considering Arctic Monkeys is one of those rare favorite bands that I like every song they've ever created, you can imagine the sort of fangirl squeal that escaped my mouth over the news. This month they announced the release date (September 10th) and track list alongside this single. Alex Turner's voice is oh-so-dreamy as usual and if this track and "R U Mine?" (which is also on the album) is any indication of what this album will sound like as a whole, I'm pretty sure I'm going to love it a heck of a lot.

I got into this band this month solely because I The Mighty said to. The female voice you heard in their track, "Four Letter Word," is the lead singer of this band and since I'm a sucker for chick-rock it seemed like an easy direction to take. And I'm glad I did because this band's not just good, they're great. They have a lot of the same qualities that made me fall in-love with Paramore back in the day so I'm hopeful I'll love even more than just this album.

Some other tracks worth checking out:

Fall Out Boy – "Where Did the Party Go?"
Deerhunter – "Leather Jacket II"
Tides of Man – "Young and Courageous"

What were you listening to in June? Anything you think I'd like to hear? Please feel free to share, this music junkie can never get enough. 😀

It seems like April always brings an insatiable thirst for new music with it and I don't know why since my BFF/CP always gifts me with loads of new music every year for my birthday. Luckily, despite getting a little carried away with music purchases, I was still able to control myself far better than I did last April this year. New this month…

I could really make a whole post about just this band because if I had to pick one band that stood out the most this month, it's easily them (which you may find surprising after the next Music Friday Best Of pick). A Lot Like Birds posts this video on their FB feed since they're currently touring with the group and they've got a new album coming out and I hadn't even listened to the whole song before I knew I had to have it. And that song just wasn't enough so I quickly acquired their latest EP, too and played the crap out of it all. Their new album can't come out soon enough. If you like the song below, you should check out "Dancing on a Tightrope" "The Dreamer" and/or "These Streets Are Alive." Heck, go get the whole EP because it is totally worth it.

It should be no surprise to any of you that have followed me for a long time that I love Paramore and consider them one of my favorite bands, so you should have expected me to be super jazzed about their 4th album releasing the day after my birthday, especially since it's been a really long time since their last album. I'm not going to say I was disappointed with the album because I wasn't, but the sound is different. Less heavy rock, more bouncy rock. I'm okay with that because I like both versions anyway and I think it's a reflection of the place they are in their lives now (which I hope equates to happier), but I was hoping for a little something like my old favorites and unfortunately it wasn't there. My actual favorite track on the album is "Future" but "Part II" comes in a close second. I wrote a more in-depth review of the album HERE if you care to read more.

I have no idea who this chick is or if anything else she's done is worth your ear's time, but this song got an insane amount of plays after Amazon MP3 suggested it on Tumblr. Like I The Mighty, I hadn't even finished listening to the song once before I'd already purchased it because I just knew I needed it. The clunky beat is too catchy not to enjoy.

Some other artists/tracks worth checking out:

What are you guys listening to these days? Anything I need to check out? (asks the music hungry fiend like she needs it…)