Last July, Heath and I celebrated our 11th year together. That’s a long time to “date” someone; made to feel even longer considering I’d been wearing an engagement ring on my finger for the last 7 of those 11 years. I’ve hinted at the reasons why before, but it mostly boiled down to never having enough money to make it happen on our own. There were other things… the uncertainty over whether I could accept never being a mother for the rest of my life (since Heath didn’t want kids) or the fact that family seemed like a very unimportant thing to Heath (in comparison to me at least, because I spend a great deal of time with my family). But when Heath’s dad passed away last year, the change in him was almost immediate. He started talking about having kids, about how he regretted us not being married already because now his dad couldn’t be his best man and see it, and that he realized why all those moments I spend with my own family were so valuable. As an introvert myself, who’s constantly trying to push myself out of my comfort zone, it was so nice to finally have a partner to leave that comfort zone with. And to dream again about a future I always saw myself having. So wedding planning began last February and here were our a year later, married.

In the weeks leading up to the wedding, everything that could go wrong did go wrong and I’ll elaborate more on that in a minute, but first let’s talking about planning. People always tell you how stressful wedding planning is, how you need all this time to get ready for it. I mean that’s even the message shows and movies about weddings tell you too. And I suppose to some degree, it can be, but I think it’s mostly a choice you make about how stressful you really want to make it for yourself. How much of a bridezilla do you really want to be? I chose none at all, but even with that relaxed attitude, I did manage to get a little crazier as the wedding approached. The thing about wedding planning is, you can have all the ideas sorted out months in advance. I had a pinterest board and a very clear idea about how I wanted the barn to look on the big day almost immediately after we’d decided to finally get married last year, but outside of imagining the look of the day, there’s not much you can even do that far in advance. Basically everything that needs to happen to make a wedding a success happens in the last couple of months/weeks before it and I guess that’s where the stress comes in because no amount of proper planning can stop everything from having to be done at virtually the same time. 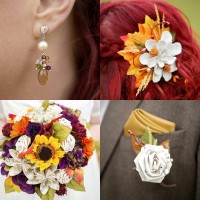 We’d planned a small gathering, which primarily consisted of my family (because it’s so huge) and the few friends we have that could make it. We didn’t have a wedding party so we walked down the aisle together. We didn’t do all the traditional dances or bouquet throwing, because who made those wedding rules anyway? We didn’t even have cake, because I hate cake and just can’t understand why anyone would pay the prices those things cost for something that mostly just looks pretty but often doesn’t taste very good at all. Basically, we just wanted to throw a slightly extravagant Thanksgiving-like gathering and in the end that’s what we got and everyone loved it. The warmth of the barn, the rich fall colors, the smaller crowd that encouraged lots of socializing, the comfort food we served, the pie bar which allowed guests to enjoy a variety of different desserts whenever they felt like eating it. There wasn’t any pressure to be “on” the entire time and for two introverts like Heath and I, it was perfect.

But back to those stressful weeks leading up to the wedding and everything going wrong… The details of the wedding came together without much a worry at all for me. My dress had arrived wrong initially and when the right one did finally show up I had to have a significant portion of it taken in, but otherwise I’d commissioned my friend at work to be my wedding planner/arrangement artist/jeweler. She’s talented in all these areas and had just been married in the same place a year before. She knew what sort of look I was trying to achieve and I never once doubted that whatever she created for me, I’d love. Not having to make all those decisions myself took such a huge weight off my shoulders. And it was a good thing, too, because the month before the wedding is probably a photographers busiest season and definitely my personal busiest as a photographer since my hobby became a full-on side job in 2015. I was working overtime at my real job, working out religiously, and taking pictures of people almost everyday or several families a day on the weekends. To say I was drained would be an understatement and my body finally made me stop all that nonsense two weeks before the wedding by gifting me with pneumonia for the first time in my 33 years of life. It was so bad I even missed nearly an entire week of work. The whole time I was sick, Heath took the best care of me, doing everything he could to make sure he didn’t get sick too. And he made it through that week, healthy as can be while I struggled to get enough air into my lungs to even do more than waddle to the bathroom occasionally.

They put me on steroids the week of the wedding and finally I’d started to feel some improvement, and a false sense of energy, but I sorely needed that because it was time to get super busy. I had pictures to edit, work to catch up on, bags to pack, pies to bake, a music playlist to put together, etc., etc… In hindsight, I would do a lot of these things differently if I had to do it again; I wouldn’t have baked all the pies, I wouldn’t have decided to be the DJ for my own wedding, I wouldn’t have taken on so many clients when I knew I wouldn’t be able to get their pictures back to them in a timely fashion… but it was too late then to do anything about it all so I just got busy. And then Heath got sick, too. Thankfully, it wasn’t pneumonia, but it was a fever that wouldn’t quit and stomach that was constantly heaving. I don’t think I’d ever seen him sweat through so many clothes in our whole 11 years together as he did in those few days before the wedding. Even on our wedding day, he was running a fever, feeling weak and drained before the day had even began. I felt bad for him having to power through it all, but he did. And despite feeling ill for most of it, he’d genuinely enjoyed the day as much as me. 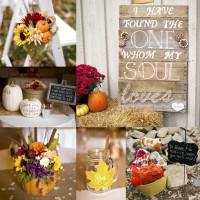 It’d rained the morning of the wedding and the temperature had dropped significantly from the muggy 70’s we’d had just days before. We’d prepared for the cold with a basket full of blankets for people to share since the ceremony was outside and they were a huge hit! And luckily the rain quit just in time for the ceremony and held off long enough for our photographer to capture some pictures of us in between it and the reception.  My dad officiated the wedding, which of all the gifts my parents gave us for this (the wedding itself and a portion of the honeymoon), was probably my favorite. We wanted it short and my dad made the whole thing happen in under 5 minutes! He forgot the rings, which he beat himself up over, but it was actually a huge break in the tension I was feeling. For an introvert to be the center of attention, standing at the alter wasn’t easy for me. Forgetting the rings made everyone laugh, and reminded me that all those eyes on me were just my family – people I’m comfortable around on any other given day.

The rest of the afternoon moved at lightning speed. For as little people as we had in attendance, I feel like I hardly got to talk to any of them. I don’t know how people with weddings in the 100’s manage the crowd at all. My uncle’s company catered the event, serving prime rib eye, roasted chicken, a root mash, my mother’s macaroni & cheese recipe, and cheddar broccoli soup. Everyone raved about how delicious it all was and I vaguely remember it being tasty, but I probably only got 1-2 bites of each thing. I hardly eat at other people’s wedding and having the chance to at my own was even slimmer. The pie options were Berger Cookie, Blueberry Mascarpone, Apple, Apple-Berry, Pumpkin, Pecan, and there was also a plain cheesecake, too! We’d made the wedding favors (a mason jar mug with seasonal tea & cider) everyone’s place holder, and several people put them to use right away to stay warm. After exploring a table full of “fun” just for them, the kids tried to rally the crowd to the dance floor and when that was unsuccessful, lured us there instead by battle dancing. I wish someone had recorded it, because it was epic!

It was all over so fast, I’m not sure how people have time to even fit those traditional wedding activities into the event. Surely that takes so much of the fun out of it. As people departed and left us with warm hugs and well wishes on our life together, nearly everyone had something to say about the ambience of the barn or the comfort of the food, the closeness of the guests and the pinterest-like success of the decor. Even though the day was about us, the fact that my guests were so pleased made me feel even happier about the day as a whole.

Heath and I were home by 9, with smiles on our faces that just wouldn’t quit. Even as I type this remembering how happy I felt, I get a little teary eyed. I’d thought that getting married wouldn’t feel that exciting or different than already being with him for 11 years had felt, but it was truly the happiest day of my life to date. I’d dreamt about getting married since I was a little girl, sure that it would have happened before I was 25 and when 25 came and went it stopped feeling like a dream and more like something I’d failed at. But to finally know that this is forever now gives me a different sort of peace and security in our relationship than I had before and I’m so-so glad we finally did it. 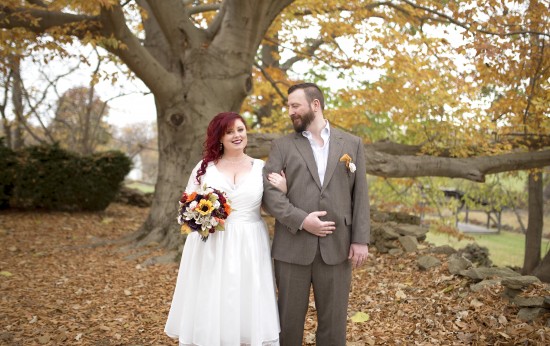 Our full wedding album can be viewed HERE!

A few favorite tracks from our wedding reception playlist can be heard HERE!

In my next post I’ll tell you all about our Honeymoon in Disney! [aka: a continuation of the best days of my life. 😉 ] Stay Tuned. 🙂