Somehow August managed to seem unusually long and fast at the same time. I know, this is impossible, but it happened. At the end of every week, I was blown away by how quickly it had passed, but every time I glanced at the calendar wishing fall was closer, it was still August. So how did I fare in this long/fast month?

Writing: I wrote 1463 words for my short story and finally finished it! This is the first short story I’ve finished in over a year so I’m feeling pretty happy about it. If you missed its original posting and care to read it click HERE for “A Pill for Bravery.”

Reading: I only managed to read 2 books this month. I’m not necessarily in a reading slump, but I was more interested in writing than reading this month. Nothing in my TBR pile is currently demanding me to read it and so I took advantage of the break and wrote instead. The books I did read at the start of the month are listed below. You can click the titles to see my “review” of each.

Photography: It wasn’t that great a month when it came to shooting my camera. I tried to on several occasions, but it seems like something always got in the way of a photo opportunity (like the time my sister’s kitchen nearly caught on fire right before we were about to take pictures. Yeah, that happened). Luckily, in the last week of the month, we were able to knock out a rather adorable photoshoot, one where I got to play with some new editing apps I bought. I’m pretty pleased with the outcome. What do you think? 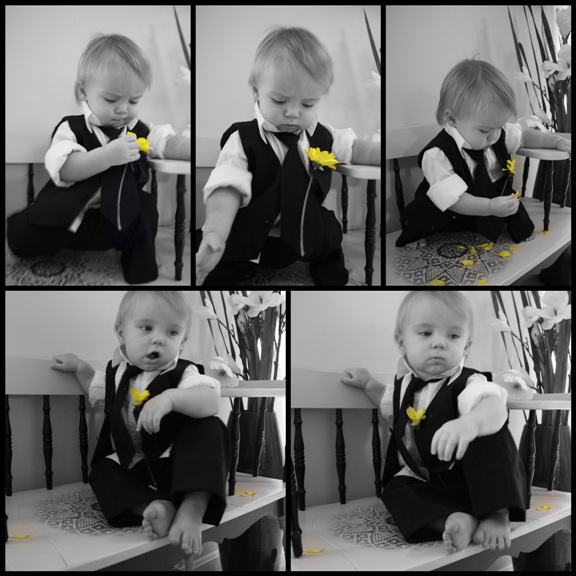 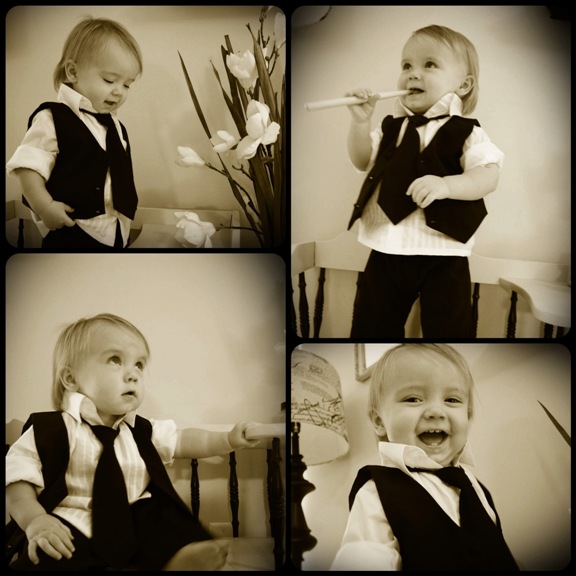 I have a cute fall based photoshoot idea I want to do with Gideon and my sister would like pictures done for her first year wedding anniversary to sort of recreate the moment so hopefully I’ll have lots of lovely pictures to share for September’s In Review.

Music: Oh, music was so good to me in August… So good that making this list a reasonable length was somewhat of a struggle.

City and Colour – “Hope for Now”

I'd heard of this artist before, but finally just got around to checking him out this month and after listening to two albums worth of music, I'm sold. He has such a mellow and chill sound that creates such a moody feel. This particular song already belongs to my Crack the Sky playlist. It's making me extra eager to start writing it again!

Credit goes to Circa Survive for me checking this band out. After they featured them on a sampler for their latest album Violent Waves, I just had to have more O’ Brother and it was such a worthy purchase.

Grafitti6 – “Stare into the Sun”

My sister’s to blame for this one. She’s been getting a lot of music from me lately (and surprisingly liking it) and she wanted some Grafitti6. I’d never even heard of them, but since their album was on sale, I went ahead and bought it for her. I didn’t necessarily expect to like it, but how can you not want to dance to this song? And several others like it on the CD for that matter!

Circa Survive – “The Lottery”

I was really looking forward to the release of this album this month and it did not let me down. I have three favorites, two of which will be featured on Crack the Sky and Beyond the Trees playlists, but this track I like just because!

After following several fitblrs on tumblr for the last few months, I finally decided to take my weight loss efforts seriously in the last week and half of July with a total lifestyle change to clean eating. I’ve forced myself to try new fruits and vegetables and found that I’ve been missing out on a lot of good, healthy food for a long time. I’ve adjusted my sleep schedule to get 8-9 hours a night and I’m feeling much more rejuvenated as a result, and I quit drinking. It’s not that I had a serious problem, but my weekends were being wasted with drinking on Friday’s and Saturday’s and it’s just empty calories. It also didn’t help going through my dad’s liver attack scare when I was already feeling like it was time for me to give it up myself. If my dad could quit cold turkey after drinking everyday for the last 30 years, there is no reason I couldn’t kick it too. I’m happier now that I have, I don’t miss it a bit. And in these last seven weeks, as a result of my lifestyle changes, I’ve lost 12.5lbs. It’s not huge, and I still have so much more to go, but it’s the healthy way to lose it and hopefully once it’s gone, it will easier to maintain since it will just be part of my life. I hope to begin a reasonable workout regimen in the coming month(s) as well, something that doesn’t feel like a chore and is rather fun instead. Hopefully I adjust as easily to this lifestyle change as I have the current one.

So, how was your August? Any notable achievements? What are you hoping to accomplish in September? Sound off in the comments! 🙂